Terry joined Bedwas from Llanbradach youth in 1954 with another club stalwart Alan Young. Terry proved to be a great addition to the Bedwas rugby Community with Terry spending the rest of his life contributing to his beloved Bedwas RFC in one way or another.

He also encouraged others to join. Terry worked in South Wales Switchgear and encouraged his fellow workers and especially his apprentices to join Bedwas. These included future players like Alfie Jehan, Roy Duggan and ‘Yucker’ Farrell.

Over the following years Terry fitted in well at Bedwas firstly playing second team rugby, and in following years showing considerable power and pace he became a regular second row player with the first team.

On finishing playing he joined the committee and contributed to many important things.

Terry ran the Club Tote for many years contributing much needed funds to the club because of its success.

He also ran the club fund where ex-players and elder members contributed yearly to items needed to keep the clubhouse up to scratch, without his persistence both these fundraising avenues would not have succeeded.

Terry was also one of the main workers when the new hall extension was built.

Terry with all these achievements, as well as many years as a committee man and all the stress it involves was awarded a Life Membership of Bedwas RFC

Terry was the character everyone loved to hate but he was respected by everyone who knew him well.

It is a sad day when our Rugby Cub loses such devoted club members as Terry.

He has definitely left his mark and will be sorely missed.

Terry’s funeral will take at 3-30pm on Friday 27th December 2019 at Thornhill Crematorium followed by refreshments at Bedwas RFC. 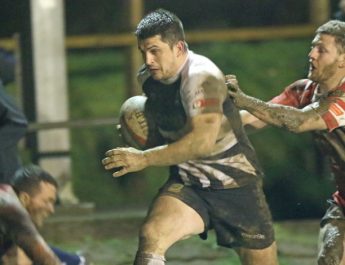