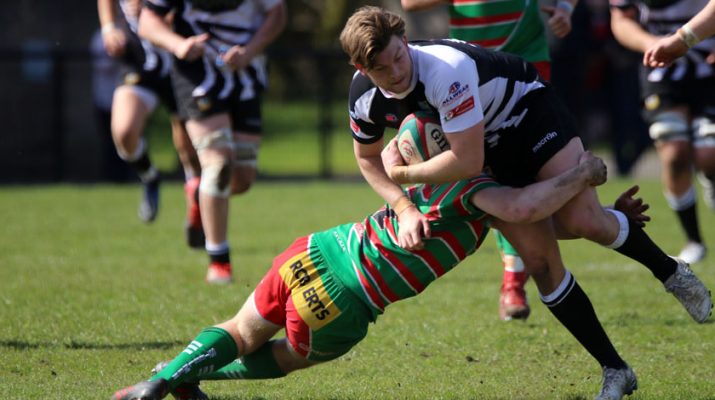 Bedwas head west along the M4 on Saturday to the Talbot Athletic Ground home of Aberavon RFC for their final away game of the season. The T.A.G so called ‘World of Hurt’ has never been a happy hunting ground in the past with only one Bedwas victory from many visits. Off the field though the clubs’ supporters enjoy a very convivial relationship and we look forward to catching up with our friends after the game.
On the field Bedwas will be aiming for a win to keep alive the very slender chance of avoiding the drop to the Championship to join already relegated Cross Keys, Bargoed and Neath.
The team selected shows few changes from last week. Lock forward Joe Davies is recalled by the Dragons and James Richards is unavailable for selection so Gareth Allen comes into the second row and Dale Rogers starts at number 8 with Nathan Hudd moving to blindside flanker. The backs similarly show few changes with Will Talbot-Davies dropping out and Jordan Rees coming back onto the left wing.
On the bench Sam Cochrane, Liam Beer and Sion Parry are all recalled and there’s a place for the evergreen Deri Mattravers still going strong in his mid-forties and an inspiration to all.
The full twenty three is: 15. Tom Benjamin, 14. Deon Smith, 13. Tom Hoppe, 12. Adam Williams, 11. Jordan Rees, 10. Joe Scrivens, 9. Luke Crane; 1. Brynley Toms, 2. Alun Rees©, 3. Rhys James, 4. Craig Hudd, 5. Gareth Allen, 6. Nathan Hudd, 7. Jonathan Armitage, 8. Dale Rogers.
Replacements: 16. Sam Cochrane, 17. Rhys Hutcherson, 18. Liam Beer, 19. Sion Parry, 20. Deri Mattravers, 21. Rory Harries, 22. Jacob Chilcott, 23. Dion McIntosh. 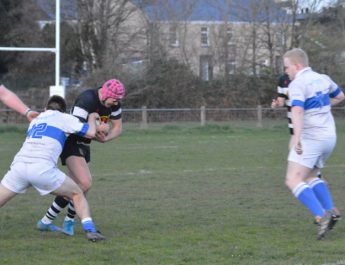 Victory at Machen. Congratulations to the Second XV

April 2, 2022 Ian Lovell Comments Off on Victory at Machen. Congratulations to the Second XV 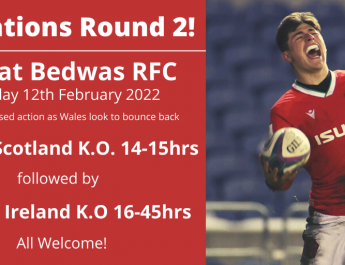 February 8, 2022 Ian Lovell Comments Off on Six Nations Round 2!