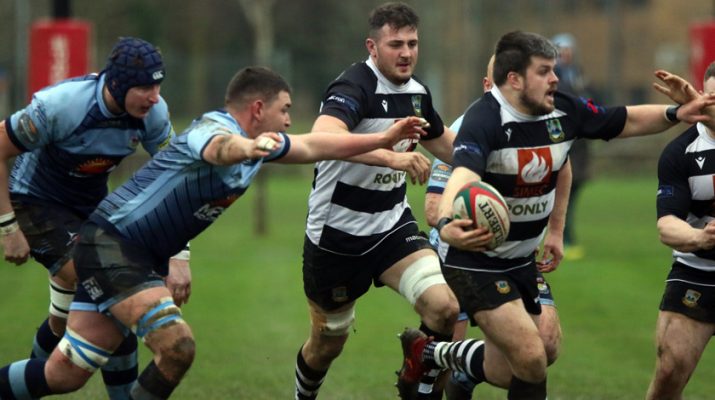 Bedwas returned to winning ways seeing off a hard-working, tenacious Ystrad Rhondda side.

On a breezy cloudy afternoon Bedwas had first use of the wind and started brightly with the forwards working hard to take a rolling maul deep into the Ystrad half only for the move to break down.

However, the home faithful didn’t have long to wait until the first try came. Owain Keane hacked through a loose ball and won the sprint race to score in the corner. James Hallett made no mistake with the conversion.

Hallett added a penalty to increase the home lead before Ystrad full back Corey Shepherd reduced the arrears with a penalty goal.

Both sides tried to add further scores but all too often were undone by mistakes, conceding penalties at the breakdown or defenders holding out no further scores were added until just before the break when Hallett added a second penalty to see the home side lead 13 points to 3 at the interval.

Ystrad had the first chance for points in the second half but Shepherd’s penalty chance straight in front of the posts on the half way line fell short. His side were reduced to 14 men shortly afterwards as flanker Jarrad Llewellyn was sin-binned for a high tackle.

Bedwas replaced the starting props and flankers but it was Ystrad who scored the points with two penalties from Shepherd reducing the home lead to a slender four points.

Hallett notched a penalty to eased Bedwas fears before a late foray by the forwards saw Aled Evans on permit from Bridgend Ravens cross for a late try. Hallett’s conversion was unsuccessful.

There was still time for Ystrad to score a try in the corner through Jarrad Llewellyn, successfully converted by Shepherd to earn his side a deserved losing bonus point.

This win takes Bedwas back into third place behind Pontypool and Bargoed.

The Bedwas Man of the match sponsored by Casa Mia Restaurant of Caerphilly was awarded to Matthew Bovington.

It’s a quick turnaround for Bedwas as Trebanos visit Bedwas RFC on Wednesday 11 March kick-off is at 7-30pm. 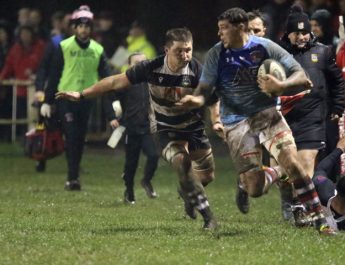