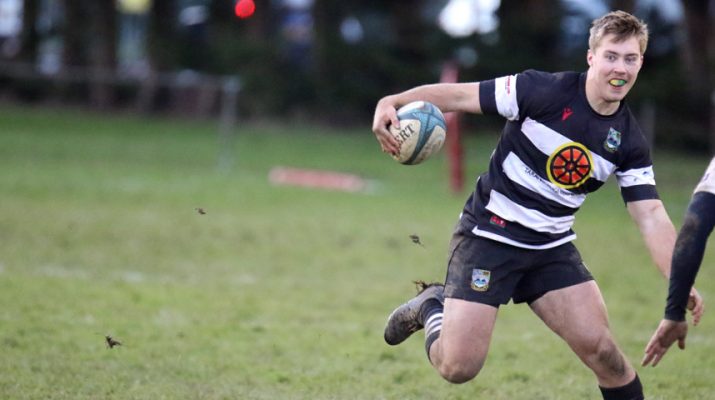 Bedwas bounced back from the previous weeks loss to record a bonus point win against an obdurate Cross Keys who battled to the end despite being reduced to fourteen men in the first half.

Bedwas took a very early lead, Dafydd Thomas outjumped his opposite number to catch a kick through and raced away to score a try wide on the left. Dion McIntosh’s conversion kick into the wind successfully dissected the posts.

Aaron Billingham doubled the try count after 19 minutes as another kick thorough found the Keys defence in disarray and Billingham took advantage to score. McIntosh’s conversion increased the lead further.

McIntosh missed a straight thirty metre penalty kick after 33 minutes and a second kick after 36 minutes following an altercation which saw Keys’ prop Richard Cornock shown a straight red card after a couple of punches thrown and connecting at Bedwas scrum half Rory Harries.

Keys came out for the second half fired up and after a spell of possession gained their reward as inside centre Corey Nichols crossed for a try, converted by Adam Tetley. Keys continued to press for a further score but hard graft by the home side kept them out.

Just after the hour Bedwas finally settled the nerves of the home faithful as flanker Rhys Morgans burst through a gap to cross for a try improved upon by McIntosh.

Shortly afterwards Dion McIntosh added a penalty after Keys were penalised at a scrum and it looked as though Bedwas were home and dry.

Owen Jones for Morgans and Harry Oliver for Hudd saw some fresh legs in the home pack after around 70 minutes. Rhys Hutcherson was then driven over following a line out catch and drive to earn Bedwas a bonus point for four tries. McIntosh’s conversion attempt drifted wide.

Keys continued to try to salvage something from the game but despite Bedwas losing Aaron Billingham to the sinbin for a ruck offence hung on to claim the spoils.

Next week Bedwas travel to Maesteg Quins for a league fixture which kicks off at 2-30pm.

The Bedwas Man of the Match sponsored by Casa Mia Restaurant of Caerphilly was awarded to Rory Harries.

As ever today’s match images can be found at https://www.flickr.com/photos/bedwasrfc/albums 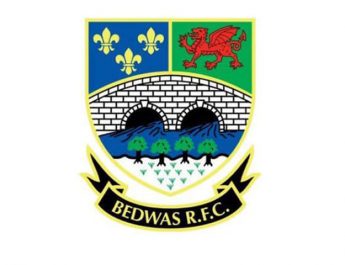