Bedwas overcame a seventeen point deficit to defeat a hard working Esher side who will most probably rue indiscipline which saw them finish the game with 13 men.

Bedwas started off quickly and took the lead very early on in the game. An early Bedwas attack was adjudged to be halted illegally just short of the try line with home number 8 former Aberavon player Rob Dudley-Jones deemed the guilty party. Off he went for a 10 minute rest Bedwas taking advantage with Jonathon Armitage crashing over for a try converted by Joseph Scrivens.

Once restored to fifteen men Esher battled hard and eventually the pressure told with outside half running Owen Waters running through for a try he converted himself.

Both sides battled hard for territory and possession but it was the home side who broke the deadlock with a try by hooker Devlin Hope, Waters again adding the extras.

Early in the second half Waters added a penalty goal to increase his sides’ advantage before outside centre Chris Arnold picked up a loose ball in midfield to run through for a try. Waters’ conversion put his side 24 points to 7 ahead with thirty minutes left to play.

Bedwas rang the changes and the new legs made impact.

Dale Rogers crashed over from close range to reduce the deficit which with Scrivens’ conversion reduced the deficit to ten points.

Bedwas continued to attack and with the home side reduced to 14 men for a ruck offence Mike Callow’s lung bursting run set up Bedwas replacement scrum half Tom Rowlands to dart over for a try close to the posts which Scrivens successfully converted.

With time running down a second Esher player found himself having an enforced rest this time deemed to be deliberately knocking on a Bedwas pass. Bedwas took full advantage as Dale Rogers dived over to put his side two points ahead, although the score went unconverted Bedwas held out for the final three minutes to claim the spoils.

This win puts Bedwas in good heart for the new season which gets underway next weekend (Saturday 1st September) when we welcome Pontypridd RFC to the Bridgefield for the first fixture of what will be a very competitive Principality Premiership season.

More images from this game can be found at: https://www.flickr.com/photos/bedwasrfc/albums 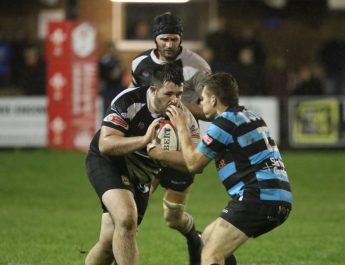 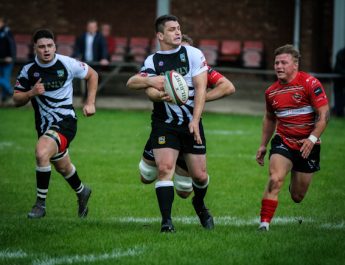 BEDWAS EARN A BONUS POINT AT THE DEATH

September 16, 2018 Ian Lovell Comments Off on BEDWAS EARN A BONUS POINT AT THE DEATH 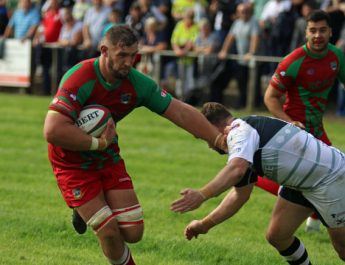