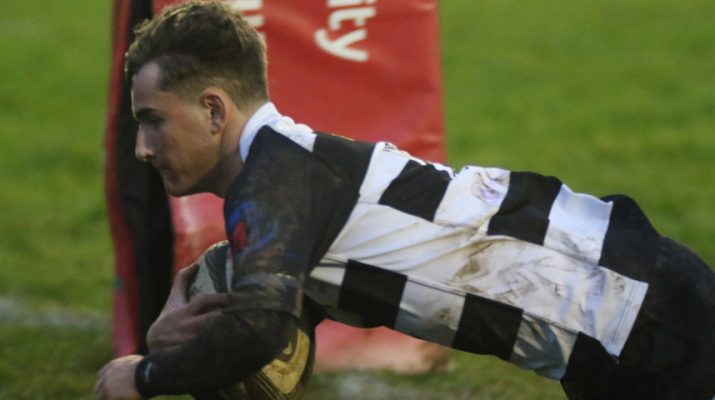 Bedwas RFC 27 Beddau RFC 10
WRU Specsavers Championship, Saturday 11th January 2020.
Match report and photography by Ian Lovell.
A bright start and a smart finish earned Bedwas a four try bonus point win but the connecting 60 minutes of what Bedwas Head Coach Stefan Sankala called ‘Immature Rugby’ are best banished from the memory.
Bedwas started at good tempo putting Beddau onto the back foot and took the lead after 3 minutes courtesy of a Dion McIntosh penalty goal.
Three minutes later McIntosh sent a long cross field kick into the left hand corner for Jordan Rees to collect and dive in for a try. McIntosh added the extras from the touch line and it looked as though the home side would win at a canter.
This was definitely not the case as Beddau battled hard and kept the Bedwas defence honest and when going forward Bedwas looked short of ideas to improve upon their lead.
Shortly before half time Beddau reduced the arrears courtesy of a Hywel Chatham penalty from straight in front of the posts after Bedwas were adjudged offside.
Bedwas seemed to ‘go into their shells’ for much of this period and it was no major surprise that Beddau were next on the scoreboard with a well worked try by hooker Will Haly. Chatham added the extras to level the scores and give his side hope of victory.
Bedwas countered by changing the half back combination with Lewis Evans replacing McIntosh and Matt Bancroft coming on for scrum half Rory Harries.
Lewis Bowden came close to adding to the score but unfortunately knocked on as he crossed the whitewash but nine minutes after his introduction Evans was on the end of a good passing phase to dive over in the corner for an unconverted try.
Beddau continued to battle hard but the try gave the Bedwas side a psychological boost and with five minutes left to play the Bedwas forwards rediscovered their mojo and used their driving maul to good effect. One such maul was illegally stopped by the Beddau defence resulting in a yellow card for Number 8 Tom Axenderrie. From the resulting penalty line-out the Bedwas forwards used their numerical advantage and Dale Rogers was driven over for a try. Bradley Williams saw his conversion attempt drift wide.
Beddau looked to get something from the game but Matthew Williams intercepted a Beddau pass deep in his own half and set off for the try line before offloading to the supporting Matt Bancroft who dived in for the bonus point winning try. Bradley Williams added the conversion and referee Jason Morris blew for time.
Next week Bedwas head west down the M4 to play Ystalyfera RFC.
Bedwas Man of the Match sponsored by Casa Mia Restaurant of Caerphilly was awarded to Matthew Bovington.
Images from this game can be found at: https://www.flickr.com/photos/bedwasrfc/albums 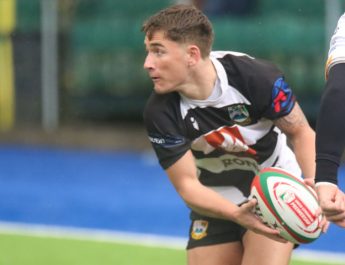 Team news for our first ever game at Maesteg Harlequins RFC

December 5, 2019 Ian Lovell Comments Off on Team news for our first ever game at Maesteg Harlequins RFC