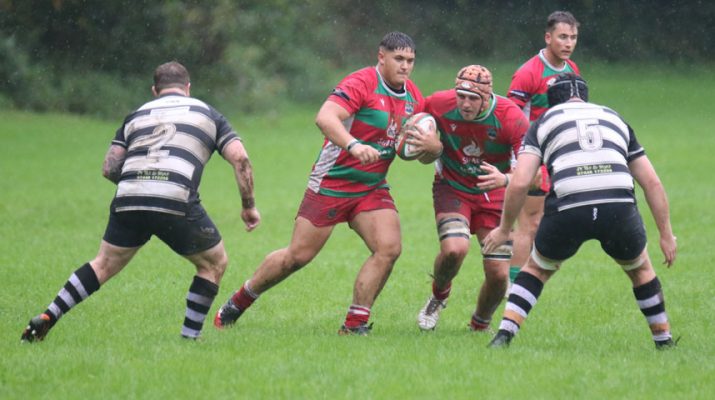 Bedwas bounced back from the disappointing loss at the same ground last week by grinding out a deserved victory at a rainy Pandy Park.

Both sides took their time to get into their rhythm with a wet ball contributing to a few handling errors. Bedwas lost blindside flanker Ben Sier after ten minutes, his replacement Rhys Jones making his competitive debut.

Defences continued to dominate before a clever hoisted kick by Bedwas full back Sam Davies was collected by Alec Jones to put no.8 Alex Bourne into space before galloping the final twenty-five metres to score in the corner. Matty Bancroft confidently added the conversion.

A further Bancroft penalty from thirty metres out increased the Bedwas lead around the half hour mark, but no further scores came as the rain continued to fall.

Dion McIntosh replaced the injured Sam Davies after eight minutes of the second half, with McIntosh taking over at fly half at Bancroft moving back to full back.

McIntosh increased the Bedwas lead after fifty-five minutes as the game started to become a little fractious and with tempers flaring, both sides embarked on a bout of fisticuffs before settling down again.

Ben Drew replaced Kalum Phillips after sixty-five minutes before a spell of sustained pressure on the Bedwas line bought a try for No.8 Francisco Souto. The resulting conversion fell wide.

With both sides tiring neither could grab a decisive try to finally settle matters, the only late drama being Bancroft’s late yellow card for over enthusiastic use of the boot but fortunately the remaining fourteen players held on for a much-needed win.

Next Saturday Bedwas continue to take part in the WRU Challenge Plate contest as we welcome Tata Steel RFC to the Bridgefield. 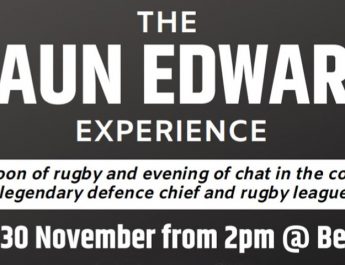 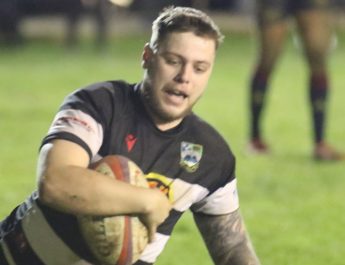 Alec Jones bags three as Bedwas go to back to winning ways.

March 19, 2022 Ian Lovell Comments Off on Alec Jones bags three as Bedwas go to back to winning ways.